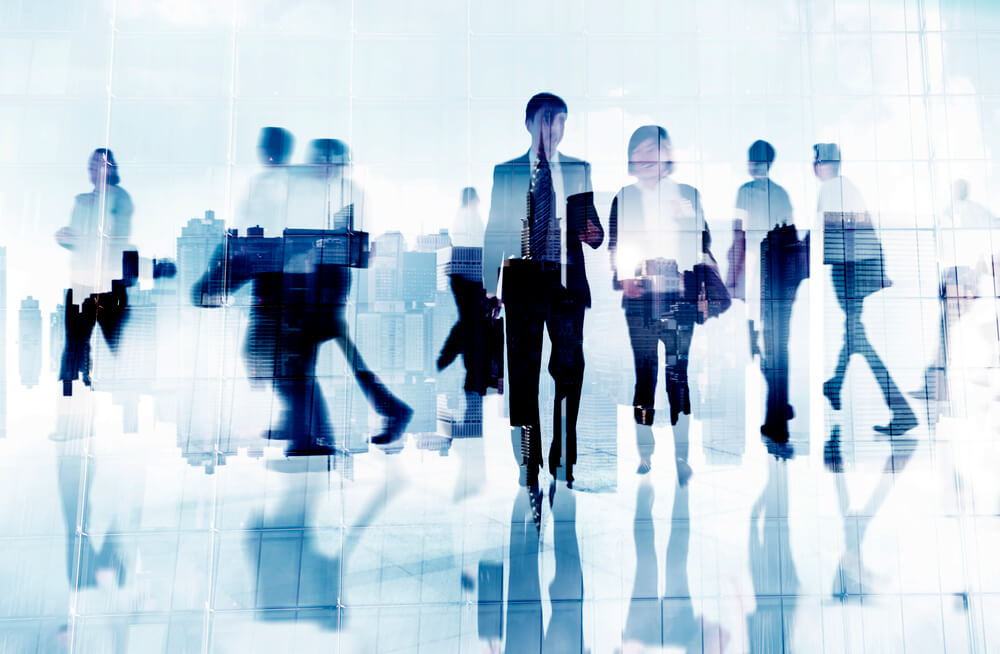 April began with markets under pressure from China’s tit-for-tat response to US President Donald Trump’s announcement of tariffs and a tepid US jobs report for March, but ended strongly, particularly in Europe and Asia.

Investor worries over the potential trade battle initiated by Mr Trump were fanned by China’s threat to impose tariffs of 25% on US$50 billion worth of US goods in response to Trump’s proposed tariffs on China, but concerns eased following Chinese President Xi Jinping’s speech at the Boao Forum, in which he outlined plans to further open up the world’s second largest economy. The resultant ‘risk-on’ mood was dampened somewhat by rising geopolitical risk surrounding Syria, with a US-led airstrike on the Syrian regime; only for this concern to be trumped by the progress in the Korean conflict, exemplified by the meeting late in the month of North Korean leader Kim Jong-un and the South Korean president, Moon Jae-in.

Gains in the US economy
The flow of good news on the US economy ticked along, with the current expansion becoming the second-longest on record, according to National Bureau of Economic Research (NBER) figures that go back to the 1850s. Gross domestic product (GDP) grew at a 2.3% annualised rate in the first quarter, stronger than the forecast figure of 2%, but weaker than the 2.9% rate in the fourth quarter. Consumer spending grew at 1.1%, a slowdown from the 4% growth rate in the fourth quarter. US inflation hit the Federal Reserve’s elusive 2% target in March, after six years below that level, supporting the case for further interest-rate rises. Government bond yields pushed higher, with the yield of the 10-year US Treasury briefly passing the psychologically important 3% level in April, for the first time since January 2013.

The US economy gained 103,000 jobs in March, the least in six months, but the figure meant that US employers added a healthy average of 211,000 jobs a month in that six-month period. The US unemployment rate remained at 4.1%, a 17-year low, for a sixth straight month.

The Dow Jones Industrial Average rose 0.3% for the month, with the S&P slightly ahead of that, with a 0.4% gain, and the Nasdaq Composite index up by less than 0.1%.

Momentum in Europe
In Europe, positive economic momentum was maintained, with the forward-looking Eurozone composite purchasing managers index (PMI) unchanged at 55.2, compared to an expected fall to 54.8 (a reading above 50 indicates expansion). While activity in services picked up, growth in manufacturing slowed to the weakest in more than a year.

UK economic growth slowed to 0.1% in the first quarter, much worse than the expected 0.3%, and its weakest since 2012. However, April saw the UK’s manufacturing PMI reading for March rise to 55.1 in March, beating expectations of 54.7 and slightly higher than the 55.0 recorded in February.

Strong corporate earnings data and a weaker euro – which boosts exports – drove European stocks higher over the month, with the STOXX Europe 600 index gaining 4.5% in its best monthly return since December 2016. In Germany, the DAX added 4.3%, while in Paris the CAC 40 surged 6.8%. The UK’s FTSE-100 index logged its best monthly effort since July 2013, up 6.4%.

Varied manufacturing data across Asia
In Asia, Japanese manufacturing activity expanded at a faster pace in April than the previous month, as new orders accelerated. However, growth in new export orders slowed sharply due to a stronger yen. The final Markit/Nikkei Japan Manufacturing PMI rose to 53.8 in April, up from 53.1 in the previous month. Official statistics put Japan’s unemployment rate at 2.8% in April, the lowest figure since 1994, with record numbers of university graduates walking straight into employment.

China’s official April manufacturing PMI data showed that China’s manufacturing sector slowing slightly, falling to 51.4 from 51.5 in March. The softer reading, especially slower export orders, was tempered by the private Caixin/Markit PMI survey, which focuses on small and mid-size Chinese manufacturers: it showed better-than-expected growth at 51.1 for April, versus 51 in March, and the consensus forecast of 50.9.

On Asian markets, the Nikkei in Japan jumped 4.7%, the Hang Seng index in Hong Kong was up 2.4%, China’s Shanghai Composite Index gave up 2.7% and the KOSPI index in South Korea added 2.8%. In Australia, the S&P/ASX 200 Accumulation index rose 3.9% in April.

Heightened geopolitical tensions in the Middle East and growing optimism over the supply cuts by the Organisation of Petroleum-Exporting Countries (OPEC) galvanised oil prices, with Brent crude surging 7% to end the month above $US75 a barrel, its highest level for more than four years, while West Texas Intermediate (WTI) crude gained 5.7%. Iron ore rose by 3%, while gold eased 0.8%. The Australian dollar lost 1.9% against the resurgent US dollar over the month, ending at 75.3 US cents.