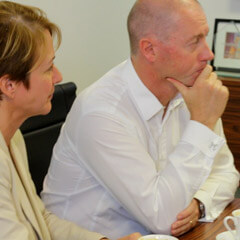 A medical specialist earning well over $1 million per annum came to us for advice relating to his Self Managed Super Fund, which contained a whopping $6m in it.

Knowing that most medical professionals start life in a teaching hospital, we asked about any GESB accounts. He mentioned that he had an old GESB West State fund that had been inactive for some years because he hadn’t had time to rollover the balance into his main super account.

That was the most fortuitous bit of procrastination he could have hoped for.

His Empire financial planner was quick to point out that GESB account holders can make concessional contributions up to a lifetime cap of $1.395m, rather than being restricted to the annual cap of $35 000 (at the time) that all other super funds are restricted to.

By switching his SMSF to pension, we were able to withdraw funds from it and contribute it to his West State account. We then rolled the funds back into the SMSF and did it again immediately in the new financial year.

In total we managed to contribute a little over $1.2m into his GESB West State account over the space of a few months and create $1.2m of tax deductions, saving him around $500 000 in tax. No fancy or risky investments, just sound strategic advice that delivers financial reward based on knowledge and understanding of rules and legislation.

This is a high-income earner case, but the same principal applies to more modest income earners – certain GESB accounts give you incredible tax flexibility, and if anyone asks you to close one down, think first and call an expert.

If you are a GESB account holder, contact Empire Financial Group to see if we can assist you to make the most tax benefits from your account.