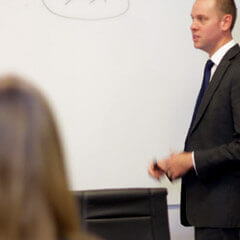 During the initial discovery meeting with Empire, we probed our client’s employment history, and to be honest, the accent was a dead give-away that they had arrived here from England.

The couple both had pension schemes in the UK. His was from a local council Fire Brigade and hers as a nurse was with the NHS.

When we got the actuarial calculations of what their pension payments worked out to be as a lump sum, they were both pleasantly surprised, if not a little shocked.

The combined amounts they could bring across worked out at almost $400,000.

If they left that amount in the UK, it would have paid them (at that time) around £9 000 per annum. In addition to those funds being taxed in the UK (and then potentially again here in Australia), upon death only half of it reverted to the spouse and then stopped paying when they died.

By transferring the pensions here, they have a lump sum in their Australian super fund from which they can derive a similar, if not greater income stream from, potentially without eating into their capital. By keeping the capital intact, it means that the income stream can continue to their spouse, and when they die, the lump sum can then be left to their kids.

And not only will they not pay any tax on that amount in retirement, but they won’t be subject to nasty exchange rate fluctuations, giving them certainty over how many Aussie dollars they’ll have to live off in retirement.

If you have ever worked in the UK, you may be eligible for a UK pension transfer. Contact Empire Financial Group to find out more.