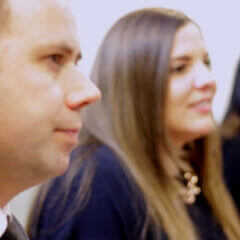 A single professional lady was referred to Empire by her accountants in 2008. She had paid a fair chunk off her mortgage and was now looking to make further investments for the future.

The plan entailed continuing to contribute to super for the tax benefits, invest in other liquid managed funds outside of super, and borrow to purchase an investment property. Part of that strategic plan also included reviewing her insurances for suitability, and recommendations were made for adequate lump sum and income protection policies, tailored to her circumstances rather than the default cover in her employer super fund.

This was particularly important given her increased debt levels, the fact that she was relying on these investments and the plan to fund her retirement, and she had nobody else to fall back on financially.

Less than 12 months after the entire plan and the insurances were put into place, she was diagnosed with breast cancer.

The policies paid out to assist with medical expenses and the recovery process, while the ongoing income protection payments meant that the mortgage on the house and investment property was paid every month without fail.

Without that, both would have been under threat from the banks.

Empire took care of all of the paperwork, and handled the claims process while she underwent chemo – who would want to deal with a claims department at a time like that?

Eight years later Empire continues to handle a part claim while she works part time. And her financial position is intact and on track for a comfortable retirement with her new husband.

get the right insurance